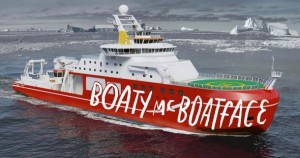 Back in the 1980s the big management craze was TQM. To suggest it’s passé might be an overstatement, as I’m certain there are still dinosaur organizations that subscribe to its perfect i’s and t’s, boxes and categories, but it’s long since been supplanted by ISO certification and Six Sigma. Since then we’ve also seen NLP, Agile, gaming and all manner of fads make their way onto the management scene.

For the last several years, it’s been all engagement, all the time. Globally, businesses spend millions of dollars trying to achieve the elusive 80/80 ratio, where 80% of their people give them an engagement score of 80% or higher on climate surveys. They complete thousands of pages of applications (and pay big bucks) to get onto the Top 100 employer lists. They go business casual with jean Fridays, hold Cinco de Mayo celebrations, offer onsite dry cleaning and training on fierce conversations. And they often ask for feedback they never intend to use, especially if they don’t like it.

I’m a fan of engagement in practice, especially when it’s done correctly, and when it’s called something else, like treating each other like adults. Engagement is really about getting employees involved in every aspect of the business, most notably in those places they aren’t typically allowed (like the boardroom or the budget). It’s getting them to own figuring out how to tackle problems, find opportunities and overcome challenges. It’s about doing all you can to ensure they feel like they are a critical part of the organization and have a say on where you’re going and how you’ll get there. For some tips on how to do engagement right (if I do say so myself) go here.

How to do it wrong was best demonstrated by the Natural Environment Research Council who decided to ask the British public for their suggestions on naming a 300-million dollar polar research ship. Every parent knows you don’t throw open the closet and tell your three year old to have at it, especially if you’re concerned about how they’ll look at grandma’s 75th birthday party. Yet this committee did just that, asking for suggestions rather than offering their own and letting the public vote on a list of “dignified” options. Over 124,000 respondents selected Boaty McBoatface, 4x more than the next most favourite option, also not proffered by the council. Alas Boaty – as I’ll always think of him – will be known as RRS Sir David Attenborough. Boring! And a perfect example of why engagement is dead, dead, dead.

We say we want to engage employees, customers, the public, but do we? I’m really starting to wonder. My advice as you head out on your next engagement adventure (because I also hate the word journey…and because I know you’re going to, regardless of what I say): be careful what you ask for, because you just might get it. And then what are you gonna do with it?